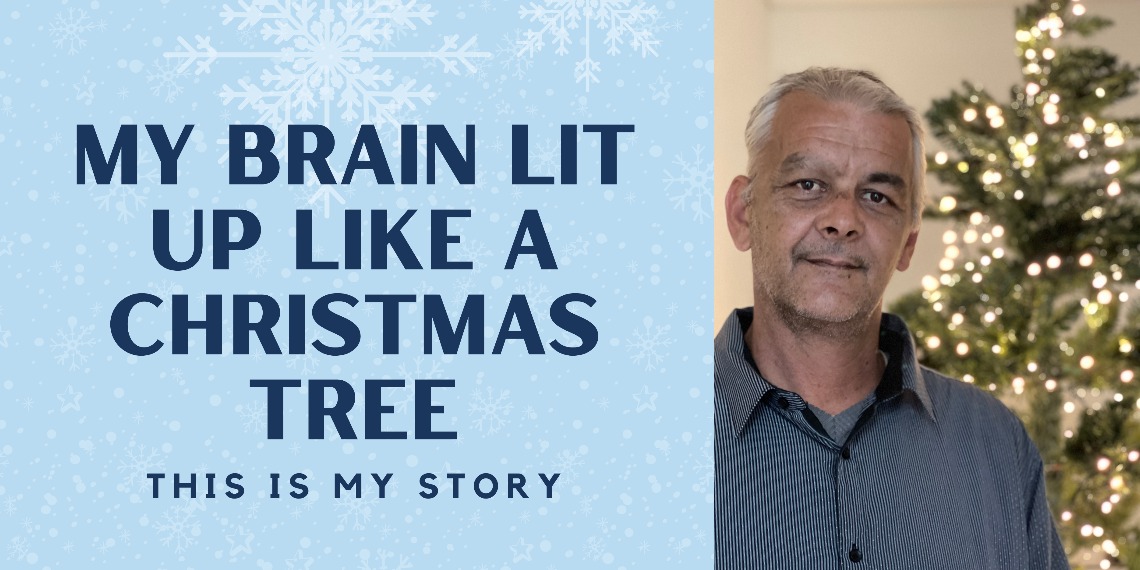 Scott's story started without warning. He passed out in the shower in April 2017. Scott was only 43 at the time and couldn't understand why it happened "I was in good health, loved surfing and was an avid fisherman," said Scott. On reflection, he realised that some painful headaches he'd been managing for the fortnight before, may have been a warning sign that something was wrong. "Like a lot of blokes, I ignored the warning signs and just hoped it would go away".

Scott was rushed to emergency and a CAT scan revealed the devasting reason for his blackout, not one but two brain tumours.

Reeling from the news, Scott was rushed to WA's only comprehensive cancer centre and the State's principal hospital for neurosurgery, Sir Charles Gairdner Hospital, for an official diagnosis.

Scott was diagnosed with Multiple Glioblastoma.

What is Multiple Glioblastoma?

Multiple Glioblastoma is more than one tumour and is very rare. It is the most aggressive and fastest growing brain tumour.

The fight of his life

Scott underwent his first surgery using a futuristic sounding procedure, Fluorescence-Guided Surgery. The surgery was conducted using 5-ALA which is converted in the body to a fluorescent chemical, making the tumour glow under ultraviolet light. This helps surgeons see the tumour more clearly, enabling them to remove as much as possible.

Scott's first surgery was a success however the battle had just begun. Whilst he was enormously relieved that the surgeons had removed one of his tumours, the other could not be operated on due to its location. Post surgery he underwent chemotherapy and radiation to fight the brain cancer. 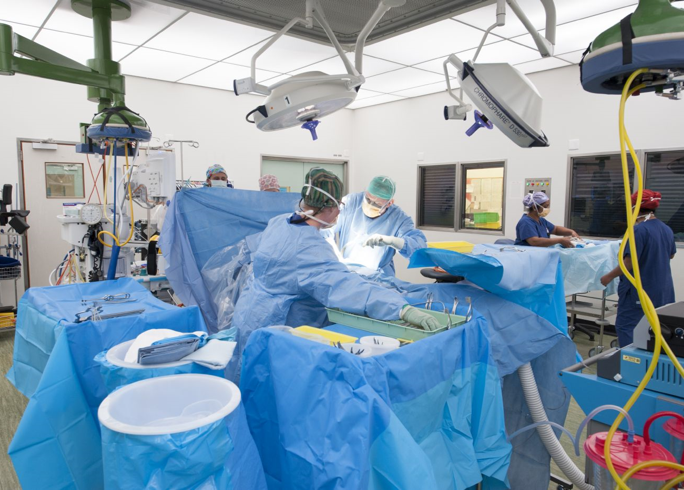 The prognosis was grim

"Even if my treatment succeeded, I was told my life expectancy would be six to 18 months. This was April 2017, and I remember thinking I might not even make it to Christmas. I was told in the nicest possible way to go home and put my affairs in order". 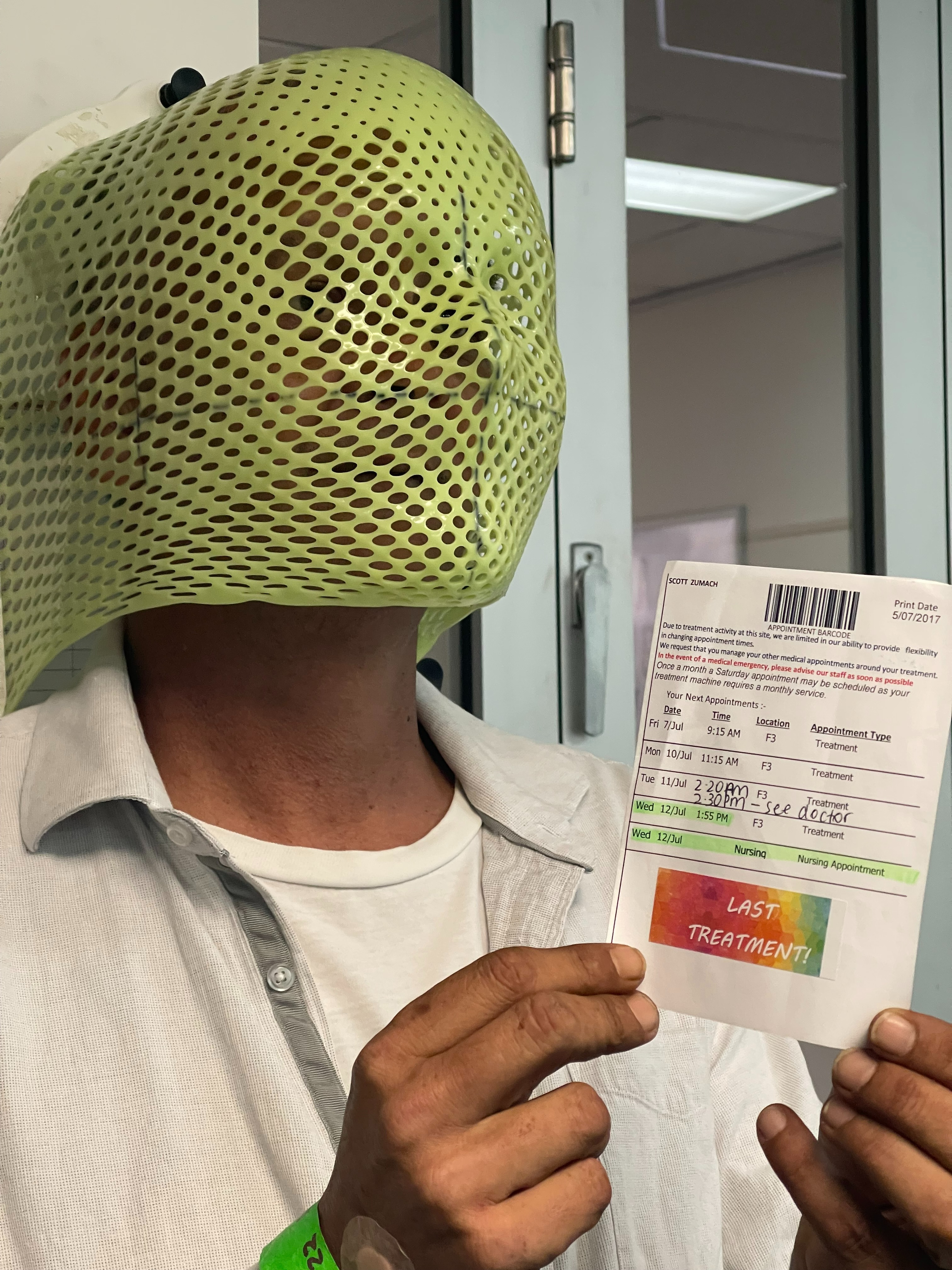 Over the past five years Scott has defied the odds, and then some. Time and time again with treatment, his tumour stabilised following chemotherapy and radiation, but it hasn't been smooth sailing. 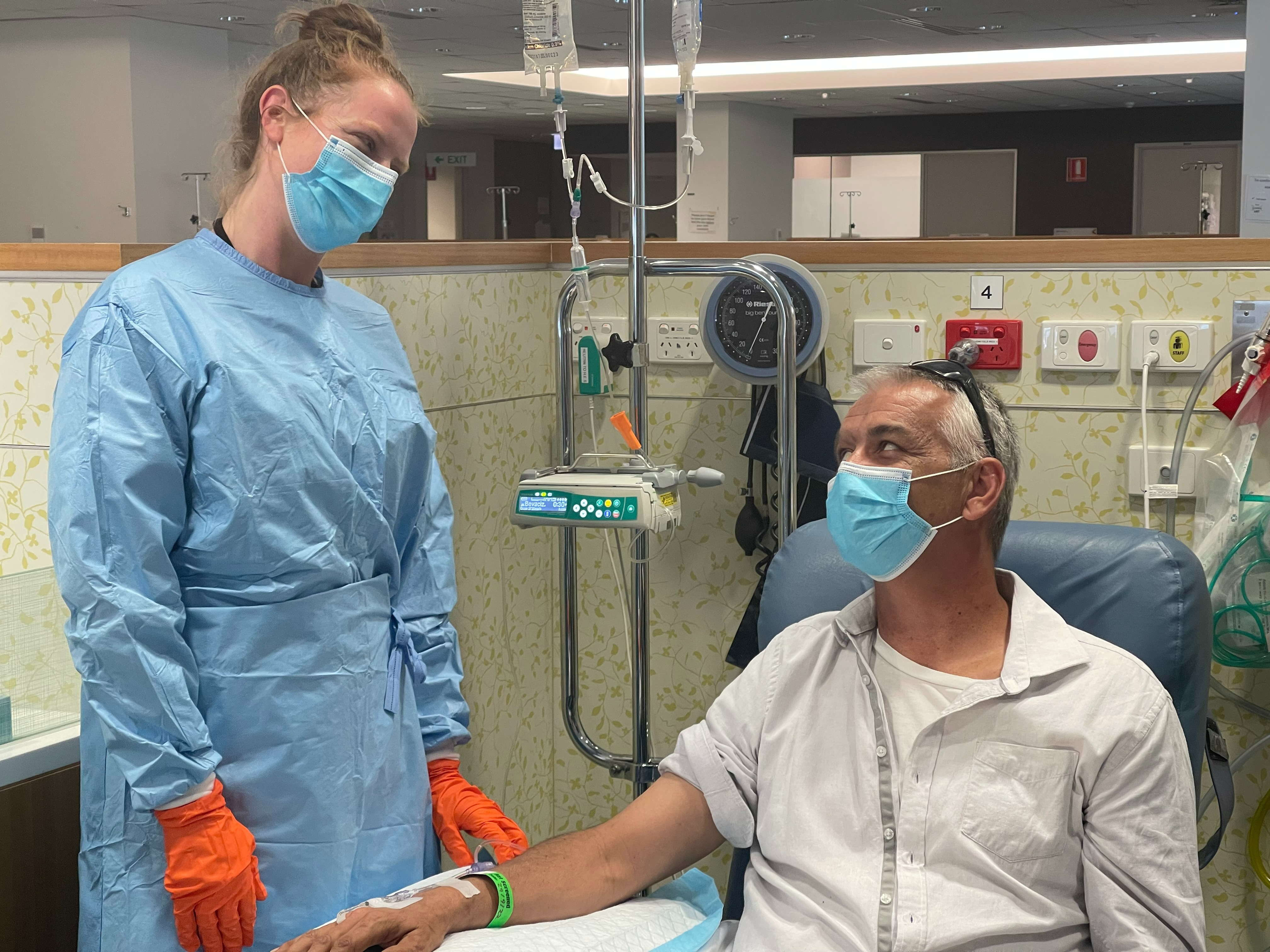 Every six months after Scott undergoes an MRI, there is a week of anxiety not knowing his future. In a few weeks Scott is due to have his next MRI, if the results are not good then he's back for more treatment. Yet across five rounds of treatment Scott has bounced back and his doctors are stunned at how he keeps beating the odds.

Statistically only 5% of people surviving five years post diagnosis with as single tumour. This will be Scott's sixth Christmas and he is not done fighting. He is determined to continue to beat the odds and along the way so everything he can to raise awareness about The Foundation.

How Scott is giving back

Even during his treatment, Scott is continually thinking of others and ways to pay it forward. He recently hosted a fundraising event, The Longest Table, raising funds to support patient centred research at Sir Charles Gairdner Hospital. The 'seafood king' threw a big lunch for friends, family and neighbours raising over $3,000. 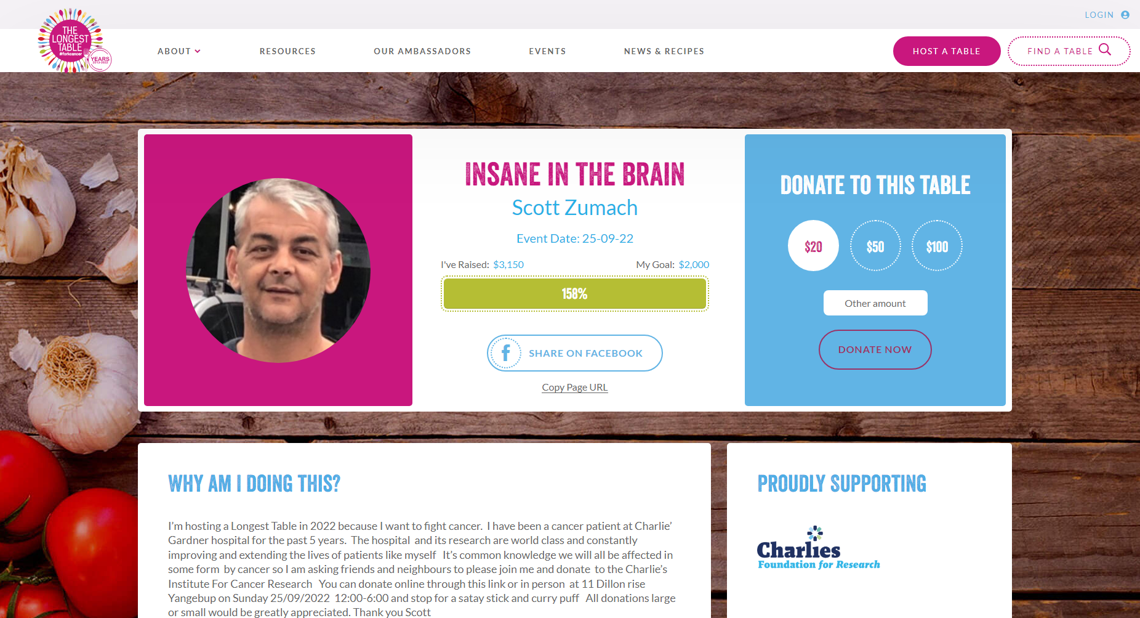 In October, Scott wanted to pay it forward by shouting staff at Sir Charles Gairdner Hospital a free coffee to say, ‘thank you’. Scott wanted staff to know how grateful he is for their ongoing support and patient care.

Behind every inspirational person is an amazing support network, and this is certainly true in Scott's life. Three women, in particular have been unshakeable in their support. Scott's mum, Jill, has been with him on every step of the journey. After experiencing seizures caused by the brain cancer, Scott had to move back home.

His twin nieces, Hannah and Breannon, who are now 22 years old, jumped at the chance to support their uncle, who had always had their back. "It was our time to rally and support the uncle who had always supported us," said Hannah.

Gratitude is a theme that runs through Scott's story. His daily routine is a perfect example of this. Each morning Scott and his beloved dog, Reuben, head out into nature to start the day. "I look up to the sky and when that first ray of sunshine hits my face, I remind myself how lucky I am to be alive to enjoy another day". 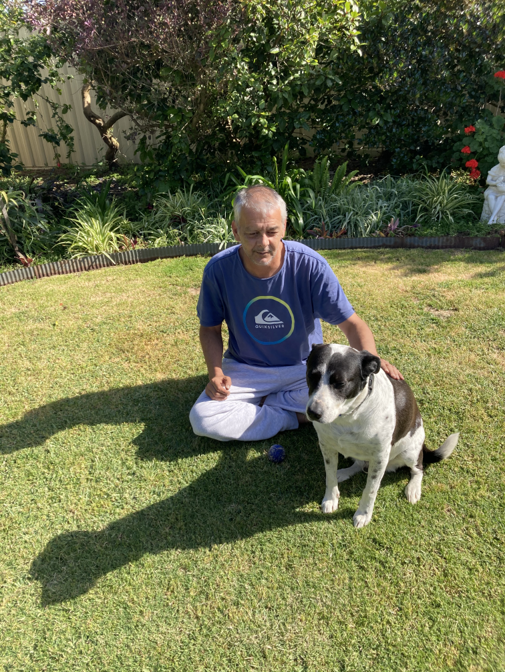 Since 2018, The Foundation has supported more than 103 research projects, with a number transforming medical practice worldwide.

We bring together researchers, clinicians, allied health and patients.

To learn more about Charlies Foundation for Research, visit charliesfoundation.org.au.

Hope this helps a little ... happy festive holiday season, everyone! :-)

Happy Christmas and best of health.

Keep up the great work! Happy Christmas to everyone!

Hope this helps a little ... happy festive holiday season, everyone! :-)

Happy Christmas and best of health.

Keep up the great work! Happy Christmas to everyone!

This site uses cookies to personalise your experience. By accepting you are agreeing to our Terms & Conditions.